After my year working on the monkey project from 2005-2006, I moved to Boston to take a full time research assistant position working for Dr. Cheryl Knott, who studies orangutan behavioral ecology. I worked for her for two years as I decided that I wanted to go to graduate school and worked on my applications. Getting the chance to spend time around grad students without being one myself was a fantastic opportunity to learn about the ups and downs of graduate school and the types of things that are important for success.
I earned my PhD in the Graduate Group in Ecology at the University of California, Davis where I worked with Professor Andrew J. Marshall in the Department of Anthropology. Andy has taken several Lomas alumni as graduate students because he knows monkey project personnel are hard working, tough and determined, including Katie Feilen. She and I had a lot of fun as labmates and finished our PhDs at the same time. That’s us together at UCD graduation in 2014 in the picture (I am on the left, Katie on the right). 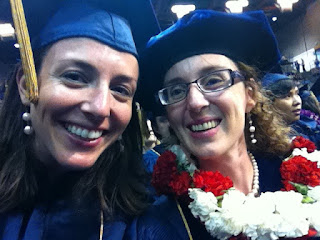 Since leaving Davis, I worked at Conservation International for the Tropical Ecology Assessment and Monitoring (TEAM) Network. TEAM monitors over 500 populations of mammals and birds in tropical forest protected areas around the world using standardized arrays of camera traps. I was brought in as a postdoc to analyze and synthesize long-term data from the TEAM Network. Working for a non-profit was a completely different experience from graduate school and I loved being a part of such a large-scale project. I continue to work closely with TEAM in my current position as a Michigan Fellow and Assistant Professor in the Department of Ecology & Evolutionary Biology at the University of Michigan. And I will continue to work with TEAM as I transition to the BioSciences Department at Rice University for the 2018-2019 academic year. I’m looking for graduate students and postdocs to join my lab at Rice, so definitely get in touch if you’re interested! Here’s a link to my webpage where you can check out our research.

Amber got her start studying primate behavior in the wild by working for a year on the Lomas Barbudal Monkey Project in 2007-8. In 2009 she received a Sacred Heart Scholarship to attend Roehampton University in London, England and completed her Master’s degree in 2010. Amber received a fellowship to attend the University of Toronto in 2011 and will graduate with her PhD in Biological Anthropology in 2016. For her graduate work, she studies mating behavior, communication and competition in ring-tailed lemurs (Lemur catta) at Berenty Reserve, Madagascar. Here Amber describes how her year working with capuchins helped her develop a research program with ring-tailed lemurs: ‘During my year in the field at Lomas Barbudal I was lucky to see so many fascinating behaviors. One type of behavior that stood out was the way males would perform displays to seemingly impress others. Some examples were males branch breaking and dragging large, dead branches with their tails, making impressively noisy displays. When I left the program I went on to volunteer for six months at Berenty Reserve, observing ring-tailed lemurs. One early morning as the sun was rising I saw a male performing a tail anointing and wafting display to a group of females who were huddled together. The male received a slap across the face from the dominant female for performing this display. I immediately made the connection with behavior I had seen previously among the capuchins. Could this tail anointing and wafting to females be a costly display which has an impact on male mating and reproductive success? This single early morning observation has led to years of study on how male tail anointing and wafting to females operates as a sexual signal. Future directions include conducting paternity analysis on the hair samples I have collected during my PhD fieldwork to determine whether a relationship exists between male tail anointing and wafting and siring offspring. 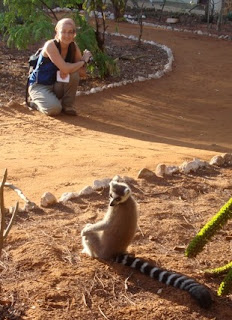 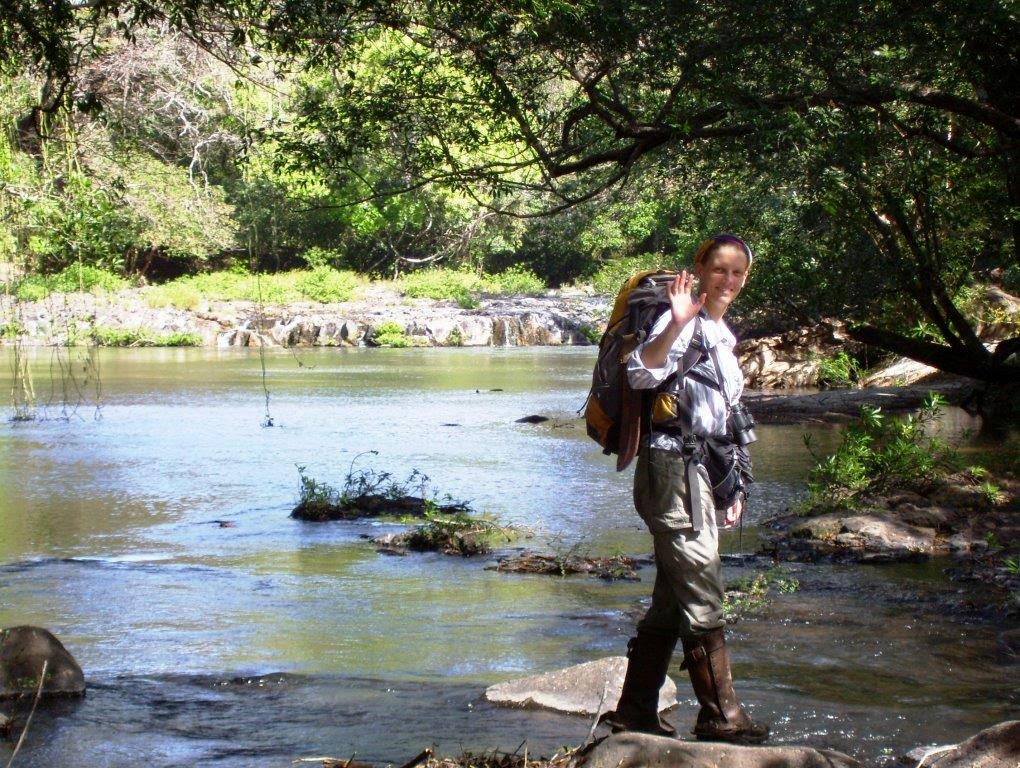 Wiebke just sent the following note about her time at Lomas, as she thinks over her time there in anticipation of the project's 25th anniversary this summer:

"I joined the Lomas Barbudal Monkey Project as a field assistant in November 2003 and never expected what a profound impact the experience would have on me. I remember being quite overwhelmed by the physical demands of the job, coping with tropical heat, enduring torrential rainstorms and accepting being eaten alive by mosquitoes and chiggers. My whole body felt like tiny needles were spiking into it from the permanent heat rush and my backpack was rubbing into my shoulders as if it was trying to slowly sever my arms. In my first month I seriously doubted I would last through my one year contract.

Cindy spent a year working on the Lomas Barbudal  Monkey Project in 2004-5. In 2005 she received an NSF graduate fellowship and was admitted to graduate school in the University of Chicago’s Comparative Human Development program, where she received her Ph.D. in 2011. For her graduate work, she established a field project on mating behavior in pig-tailed macaques in Thailand.
Read more »
Home
Subscribe to: Posts (Atom)